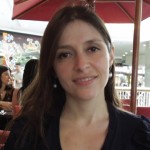 As a Storyboard Artist, I worked for projects such as the Fishtronaut TV series, the pilot for the TV show Trupz, and the feature film Zombie Rock (still in production), and ads for private insurance  and pharmaceutical companies.

I created artwork as an Illustrator and Graphic Designer for clients such as the Brazilian Olympic Committee, Hasbro, Jolitex, The Midnight Mission, Hoola Napua, In Education, and did illustrations for book covers and branding.

As an Animation Assistant Supervisor, I did many TV commercials, for clients such as Disney, Kellogg’s, Gatorade, Monster High and Raid, for the American, European and Brazilian markets.

As a side gig, I also do translations from Portuguese to English, and completed two book translations so far, with one more currently being translated.